Liberty And Loving Your Neighbor

“For, brethren, ye have been called unto liberty; only use not liberty for an occasion to the flesh, but by love serve one another. For all the law is fulfilled in one word, even in this; Thou shalt love thy neighbor as thyself. But if ye bite and devour one another, take heed that ye be not consumed one of another.” —Galatians 5:13-15

The Christian life is and was destined to be one of freedom, liberty, and victory. Freedom and liberty from the law, and victory over the world, the flesh, and the devil. Paul, in this paragraph, is writing to the Galatian church, explaining to them—and to us for that matter—that every single believer has now come out, or been called out, from the control of the law. And now, due to Christ and His atoning work, the believer is now under a greater control—the Holy Spirit, or the divine nature. This means that instead of the Christian following a list of rules and regulations, which contain no power whatsoever, the Christian comes under the umbrella of the Holy Spirit, who gives the believer the ability to refuse the wrong and do that which is right.

Just Say No?
I heard it said this way some time back, that when our faith is anchored in Christ and the cross, the Holy Spirit has the ability to work within our hearts and lives, not so much to say no to sin, but rather yes to Christ. There is a difference. When the believer constantly says no to sin, in reality that sin, whatever it might be, is the object. You are constantly looking at that sin and saying, “No.” Now this might work for a period of time, but ultimately, the more you say no to sin, the more there will be a desire to follow through with that sin.
Let me explain it this way: Back in the 1980s, under an initiative by First Lady Nancy Reagan, there was a nationwide campaign called “Just Say No,” referring to drugs. A few years after its release, a report came out stating that the campaign, however noble, didn’t really work regarding drug addiction. According to the report, when drug addicts saw the ads for this campaign, it had the opposite effect: it caused them to desire more drugs.
Likewise, when Christians constantly say no to sin and make all sorts of rules to not sin anymore, the desire to sin becomes so great that the believer will ultimately fail; it’s a losing effort. No one could ever hope to have victory living a life like this. Trust me, I know what I’m talking about.

My Personal Struggle
In my teenage years, there were things that I struggled with, things that I could not gain victory over. No matter what I tried to do, there was simply no victory in my life. When the failure took place, I would repent instantly and tell the Lord that I would never do that again. And, to prove that I was serious, I would make up all sorts of rules that I thought would help me not fail. What I found out was that no matter how many rules I put on myself, I could never live up to those standards, and I would ultimately fail again. This would leave me in a state of confusion, hurt, and, at times, anger, as well as a guilt-ridden conscience. I could not understand why I was failing. After several years in this condition, the message of the cross was finally revealed unto me, and I finally came to understand that it’s not in what I do, but rather what Christ already did for me. It’s not me saying no to sin, but rather saying yes to Jesus. It’s me saying yes to His way, which automatically allows me to say no to sin. When it comes to our everyday life and living, we are not trying to finish a work that will never be completed, but rather trusting in a work that has already been completed and never to be done again.

If Christ Came To Set The Captive Free, Why Are There So Many Christians In Bondage?
We need to believe that Jesus came to set the captive free. But if that really is the case, then why are there so many Christians still in bondage? If you had the ability to pull back the “spiritual veil” in the church, we would all be shocked to see just how many Christians are living in bondage with no hope whatsoever of freedom. How many Christians right now feel as if there is no hope, that they will never experience freedom in this lifetime? More than what we would care to admit. It is not God’s will for you, dear Christian, to live a life of bondage. It’s not God’s will for you to struggle with sin. It all goes back to not understanding the cross for sanctification. When a believer has never been taught how to live for God in the proper manner, he automatically falls back on trying to overcome sin by means of law keeping—dependence on his own works, strengths, and abilities to overcome problems in life. However, no matter how sincere he may be, the results will be catastrophic.
There is only one way and one avenue of freedom, liberty, and victory, and that is found through the cross of Christ. We need to quit depending on what we do and start depending on what He has already done. Quit trying to fight a battle that has already been fought and won. There is no need for you to try and overcome sin by yourself, because you cannot do it. Christ, on the other hand, has already overcome the Evil One, and we must trust in His prescribed order of victory. To put it plainly, the cross works or it doesn’t; the blood of Christ works or it doesn’t. I choose to believe that the cross works; the blood works. Understand that you—the believer—have been called to liberty not bondage. You have been called to freedom not slavery. You have been called to victory not constant defeat. You can walk in this knowledge by placing your faith in Christ and Him crucified, which allows the Holy Spirit to work in your life to take out the bad and put in the good. Depend on this work, trust in this plan, and you will experience freedom, liberty, and victory. 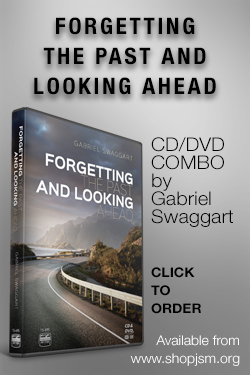